A downloadable game for Windows, macOS, and Linux

ASRS started as a game skeleton and learning project with Löve2D, but once I began to adding things and making it bigger, I cannot stop. There is no goal with this game, it's just a hobby.

In ASRS you're the pilot of one of the ships sent to destroy the imminent rain of meteorites that could destroy your planet. You must shoot em before they crash into the planet shields.

Every meteorite is composed by minerals that you can collect to earn points and money, or repair your planet's shields.

Also the game is completely free and open source.

What tools am I using on this game?

All into the game is made using free software, and the assets will be released soon.

Also special thanks to Alberto Cortés who helped me with the art section.

Hope you will enjoy this like I'm enjoying creating this game.

I love the retro visuals and sound on Awesome Space Rocks Shooter. I tried the Multi version on Linux using an earlier version of Love 2D 11.1 (the default in the repositories of Ubuntu 18.04) and ASRS seemed to work despite the warning. It may have been because I was using an earlier version of Love2D but I found that some asteroids took 3 shots to kill while others took 1. When I started the game it seemed like it supported mouse movement (in the menu) but within the actual game it was arrow keys and space. The lateral movement feels a bit sluggish at times - I expected it to slide smoothly, but I had to repeatedly hit the arrow keys to get it to move where I wanted. My last game finished for apparently no reason. I had a score of about 360 and was nowhere near an asteroid when the game abruptly prompted Game Over. (Edit: after playing a bit more I realized the asteroids going past you destroy your shield - I wonder if an explosion at the bottom of the screen would help communicate this better? I realized I died because shields went from 100 to 0 - I was assuming shields were something around the ship - not the bottom row of the screen).

During the game I never collected any minerals - this seems to be a placeholder? There's an options menu, but nothing about controls in that menu,

This is a very early version of the game and it looks and sounds really awesome. It might seem that I've been overly critical of ASRS, but because it looks and sounds great I think it can do really well with a bit more work on the controls. With the current controls there's no way I could hope to destroy all the asteroids before they hit the bottom of the screen - and it appears there's no way to increase the shields at this point.

The tube effect is awesome. The ship looks great, and I love the soundtrack. This looks like a really interesting project to follow, I really hope you'll continue developing this further. 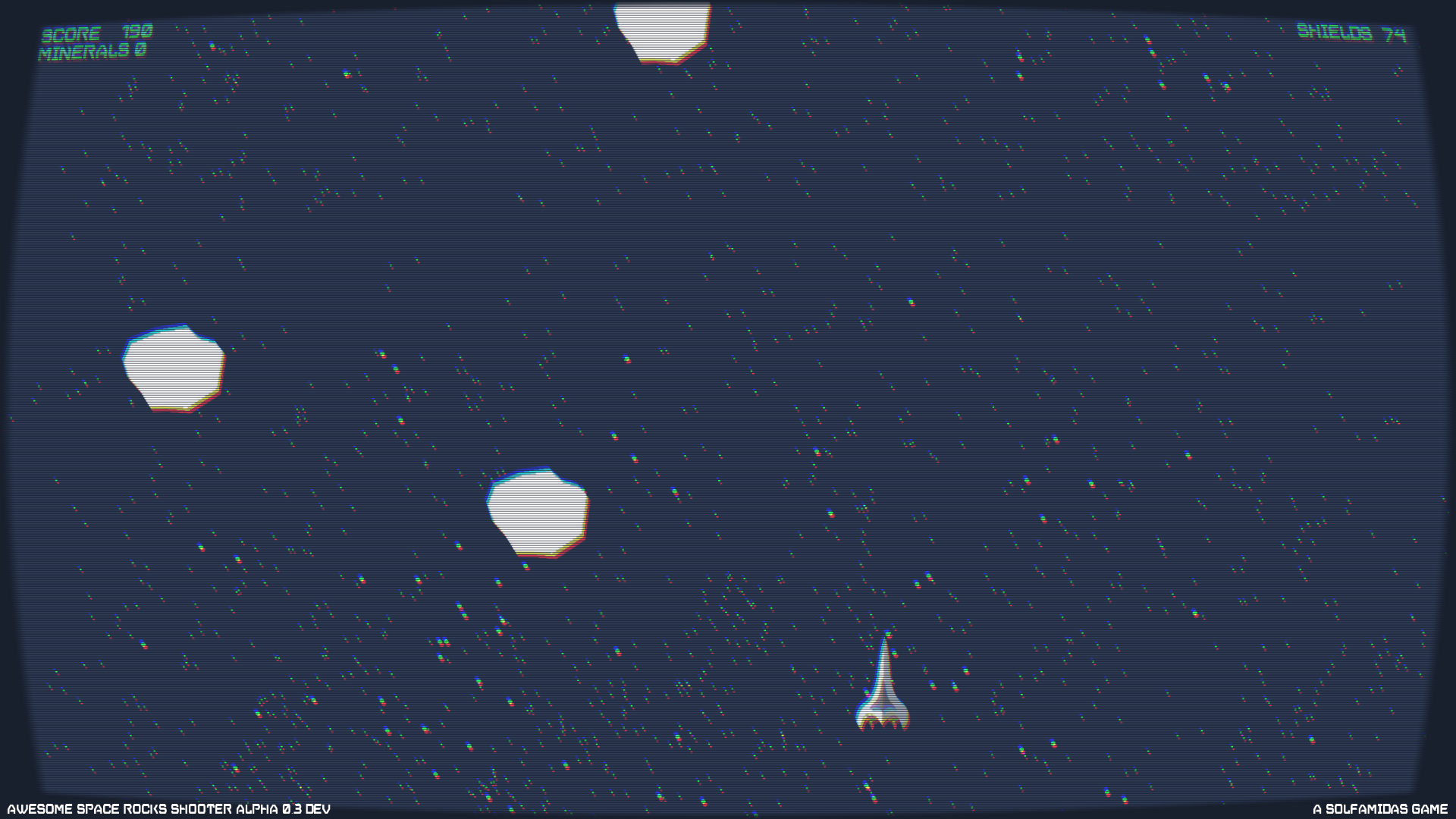 Wow, that’s a really great review! I have a lot of plans about the game, and there is so many things I want to fix/add, but unfortunately i don’t have much time at this moment. I need to rewrite some things and invest time into better gameplay.

I will check the ship’s speed, and I want to add red/orange shine on the bottom of the screen everytime one asteroid hit the planet, and some crash sound. The minerals are a solution to repair the planet’s shields and/or your ship, but currently I’m working on the idea. Also I need to make the UI indicators (score, minerals, shield) bigger, and I want to add some animations, but it’s a long term project (at least 4 weeks more). I’m glad to see that you liked my game :D

I really do, and when I shared it on Twitter the post got a few likes so I think others really like the look too. It really is a great start. Working full time and obligations with family I totally get the "time to work on my game." For me it's often "energy to work on my game" after work/family, but I'm finding lots of great community helps motivate me a bit. Really hope you implement those things, they both sound great.

I played on Windows this evening and the controls feel a bit better (so it seems to be a Love2D on Linux thing), but I'd still like to move a bit faster. I can't move fast enough from one side of the screen to be able to shoot asteroids that appear on the far side of the screen (but you may want to keep this to purposefully make people lose shield power). One new thing I noticed is that I can disappear off the top or bottom of the screen (but not the sides). Something like resolution +/- sprite_height depending on top/bottom might fix this. I'd also like to shoot a bit faster, but maybe that's a different gun?

Having time and energy to work on my game is something really rare, I think xD But everytime I can, I expent minutes, hours or whatever I can on design mentally new things and implement them. Actually finding people like you is what makes me go on with this project, I’m very thankful!

I tested the game on Linux (Debian, Löve 11.1) and Windows (Löve 11.3) and it feels the same for me, but I have to test it again. The movement speed is kinda responsive, I mean, the game takes the size of your screen and set the speed according to this, but I think I can make it a bit faster. For the next release (v0.4), I planned the next fixes/improvements:

Maybe I will joystick/gamepad support too.

And that will be the final stage of the alpha version. Also I want to rewrite the collisions system, and/or reduce the ship hitbox. Also I want to add some story everytime you start a new game, and in the future, different ships with their own special skills. 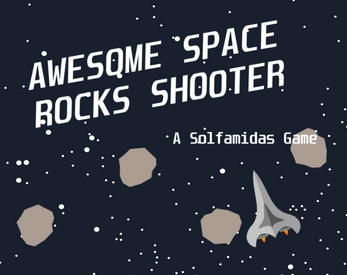 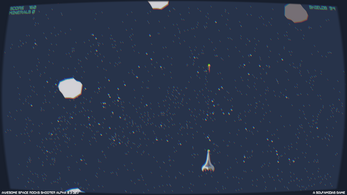 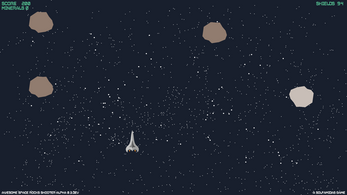